When learning the ropes of coffee or comparing different brewers, you hear a lot about the difference between drip and immersion brewers. Some people prefer the body of an immersion brew or the clarity from a drip brew.

But what does it all mean? Isn’t coffee just coffee? Is the process really more complex than hot water + ground coffee? Yes. Yes it is.

But that’s OK! It doesn’t have to be as complex as it sounds. Just like there is more than one way to cook a steak, there’s more than one method of brewing coffee. And if you’ve made coffee before, you’ve already utilized one method already. Maybe even both!

For the sake of learning, let’s take a look at the differences between the two primary methods of brewing coffee.

With immersion brews, the focus is on the brew time, or the total amount of time that the coffee and water are in contact. Immersion brews usually call for a coarser grind and a longer brew time. This is an important distinction because the water and coffee are in constant contact, meaning that too fine of a grind or too long of a brew time could lead to a bitter, over extracted cup. Conversely, too coarse a grind or too fine a grind is likely to produce a sour, under extracted cup. 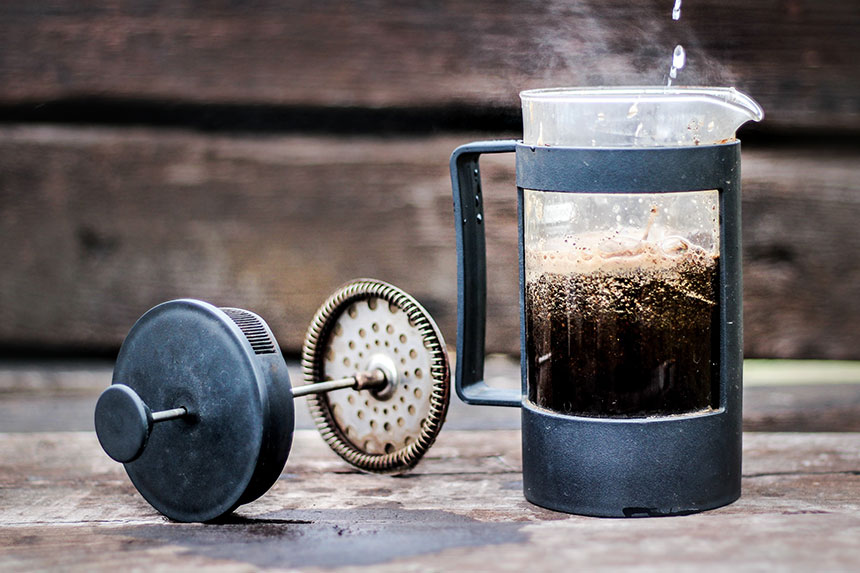 Immersion brews often allow for a more hands-off approach to making coffee. You add ground coffee to your brewer, top off with some hot water, give it a stir and wait. In the 4 minutes or so that it takes for the coffee to brew, maybe you can begin cleaning up or scroll Instagram. Just be sure to set a timer.

Immersion brewed coffee tends to be more full-bodied. The body of a coffee, in short, is essentially just the texture, or the way that it feels in your mouth. Where some coffees, might be described as “light” or “thin”, immersion coffees are generally described using words like “full” or “bold”.

Immersion methods offer fewer chances for a variable change to negatively affect your coffee. With an immersion brew, you don’t need to worry about things like your pour technique being off or one part of the bed becoming more saturated than another. 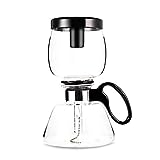 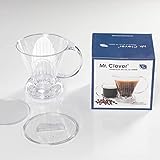 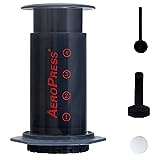 As mentioned above, over extraction is a concern with immersion brews. Because you can’t slow or pause the brew time once you’ve begun brewing, it doesn’t offer as much control outside of the time you’ve set for your brew.

To mitigate over extraction be sure to decant your entire brew once the time is up. Even if you’ve made a multi-cup French press, find a vessel to pour it into. Many people are tempted to save the remaining coffee in the press until they’re ready for more. The problem is that the constant contact of coffee and water means that the brewing never stops. It’s like making two burgers and leaving one to cook on the grill while you eat the first one.

The immersion method is great because it’s very straight forward. With that simplicity comes a bit less room for experimentation. There are always variables you can tweak. But compared to drip/pour over coffee, the variables under your control are a bit more limited.

Drip coffee is probably the more familiar of the two main coffee brewing methods. From large batch brewers to pour over cones to the $20 machine at your parents’ house, drip coffee is everywhere.

With drip coffee, gravity is the driving force. Put simply, water is poured over a bed of coffee grounds before being filtered out the other side and becoming the coffee that we drink.

Drip coffee is often credited with producing a more complex cup of coffee and allowing us to highlight certain characteristics of a coffee. This is because we can control things like contact time and pouring technique, as well as the shape of our brewers. Even swapping out the thick filter of the Chemex for the thinner V60 filter yields a massive change in results.

When done well, the drip method of brewing is often able to produce a remarkably complex cup of coffee. This could be because of the brewer, the filter, or the coffee itself.

Going off the previous point, the drip method also offers more options for users to experiment, customize, and explore easier. To dial in a brew, you can seek to reduce the rate of your drip, adjust your pour, or swap out your pour over cone for a different one. Each change could lead to a massively different cup of coffee.

If you’re interested in drip brewers, have a look at our in-depth review of the Hario V60, a head-to-head comparison between the Hario V60 and the Chemex, and a comparison of the v60 and Cafec Flower Dripper. 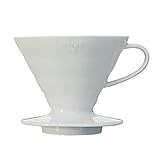 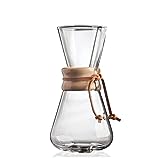 Because there are so many variables at play with drip coffee, this also makes it difficult to repeat the same results from cup to cup. A change in pour technique or flow rate can have a massive impact on your coffee. This is especially true for those new to coffee brewing, who might not be as steady or consistent with their pours.

Because you’re often pouring in increments as opposed to all at once, the temperature of your drip coffee can be difficult to maintain. The brewer material, size, or shape can also affect temperature retention. This is an issue because a change in temperature affects the rate of extraction, giving you a worse cup of coffee.

Drip or immersion method? Full-bodied and bold or clean and complex? As with most things in coffee, there’s no one right answer.

It’s a matter of personal preference. Maybe you have a coffee that tastes excellent from a French press. Or your current coffee has bright fruity notes that you’d love to highlight with a V60.

The best thing you can do to fully enjoy your coffee experience is to experiment. Taste is subjective. Try new things — brewers, methods, origins — and find out what you like.